And You Think That Your Family Is Weird We all have weird, embarrassing, hideous stories in our families. Some of them get buried deep within the pages of history.

And even though society thrives on gossip, not every story from every family makes it to national television shows such as “The Jerry Springer Show“ (which wasn’t around when my family was growing up).

But my story is one of those that need to be told so that others can learn from our family’s mistake(s).

My dad wanted to have a son with his first wife.  But, for some reason, they were not able to conceive a child together.

So after many years of trying, they came up with “Plan B”.

Now that’s not totally unusual except how he was planning to get a child.

You see, although he was my dad, my mother was not his wife. In fact she wasn’t really a girlfriend; more of a ‘convenient way to fix the situation’. 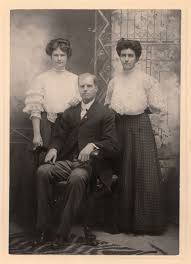 The two of them had this “grand plan“ that my dad would have a surrogate mother for a child.

In fact, if the truth be told, it was actually his first wife who came up with the idea that my dad should have a child by having sexual relations with this other woman.

Although my mind doesn’t want to think about it, my dad and my mom must have had sex, because she became pregnant with me.

And they all lived together as one big happy family and it worked out pretty good; that is until my mom became pregnant.

For some reason my dad‘s first wife suddenly became very jealous of the girlfriend and complained about my mom to my dad.

Remember, this was the same woman who his first wife had suggested that he have sex with so that they could have a child together!

And to make things even worse, after I was born, my dad gave his first wife permission to treat my mom with disrespect.

After his wife treated my mom with disrespect, my mom took off while still pregnant with me to raise the child on her own.

But my mom realized that she needed my dad to help raise the child, so she went back to live with them.

Now, I should also tell you that my dad was a deeply religious man. At some point in his life he had an encounter with God that changed his outlook on his life. 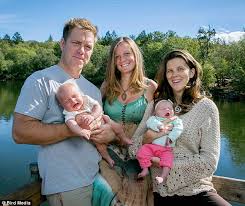 So, my dad and his wife decided to try again.

He really believed that God wanted him to have a child with his first wife.

So, my dad set about again trying to conceive a child with his first wife.

Did you catch that? My dad is communicating to me that I am not really his son!!!

There are not enough words in the world to tell you how I felt knowing that my dad really did not consider me to be his son. Or at least not the son that he believed God wanted him to have.

And then things continued to get weird in our household.

Now that my dad’s first wife had a son of her own, she wanted my mom and me to leave their house.

My dad objected at first, but after praying about it, he agreed with his wife that it was time for my mom and me to leave. 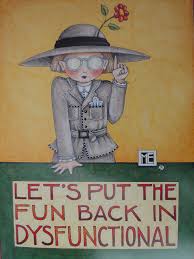 So, he packed up some provisions and sent my mom and me away.

The end of the story is that we were taken care of and my family became very successful in the oil business.

My step brother grew up with my dad and his first wife and also became very successful.

Oh, I suppose I should’ve told you my name. I am Ishmael and this is my story.

And there are other details of the story that I’ve left out, mostly to save my family any further embarrassment; like the fact that my dad was 86 years old when I was born and 100 when my step brother was born.

The good news is that a son was born and the world as we know it was changed forever.