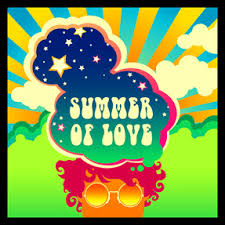 Added to the mix was all of the preparation time, including wedding planning and premarital counseling.

Needless to say, Cathy and I didn’t get up to the family cabin other than the week of July fourth so we did a better job scheduling my weddings for 2019. And, for the most part, we were very successful in not over booking. This included two weddings back to back (Friday and Saturday nights).

This year, 2020, was scripted to also be another summer of love with nine couples asking me to be the pastor for their wedding.

Cathy and I had set up a system that somehow, I had (unintendedly) bypassed. I had two one month (last two weeks) and two the next (first two weeks). I hadn’t noticed my mistake until I was putting them on our joint calendar.

This was helpful as I eventually declined several other couples who asked me to officiate their weddings. I told them that I didn’t want to fill all of my weekends.

We reminded each other of the Lord’s faithfulness in the past, and moved forward as we launched into my Summer of Love 2020.

That is until the corona-covid-19-pandemic-epidemic brought my plans to a screeching HALT! Somebody sneezed and the whole world freaked out.

Suddenly, almost all of my couples went into a tail spin as they were told that they could not have their weddings as planned.

Yes, couples were allowed to get married, as long as the gathering was ten or fewer people instead of the planned 200-300 guests.

Event centers and venues were told that they needed to close up shop in order to slow down this major virus from spreading.

Calls were made. Flight plans canceled. Cakes were put on hold as my spring weddings got moved to either October-November or else to 2021.

Over and over again I listened to couples who were hurt, confused, and frustrated when their plans, many which had been in the works for two years, were no longer an option. 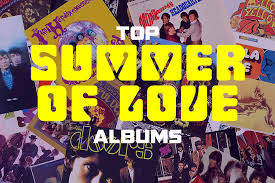 Many felt betrayed when they were told that contractually they were not able to get their money back.

As a pastor (and dad) my heart hurts for them.

Over and over again I listened to vendors and venue owners who were hurt, confused, and frustrated when their plans, many which had been in the works for two years, were no longer an option.

Many felt betrayed when they were pressured by clients who asked for their money back; even though the vendors hadn’t broken the contract and worked hard to come up with other dates for rescheduling the weddings.

The problem was that even when they came up with something new, the government told them that “no” they couldn’t open up their venues or perform a service.

Some things made sense; others were beyond comprehension; all because somebody sneezed and the whole world freaked out.

As a pastor (and vendor) my heart hurts for them.

And, as of this writing, things are still up in the air as to when things can “get back to normal”.

But the truth is, life is unpredictable and the best laid plans of mice and men are just that; PLANS.

I tell every couple at every wedding I officiate that the security of their marriage will rest in the true purposes of their hearts, in their character, in the steadfastness of their devotion to each other, and more importantly the love of God and asking His help.

In other words, the success of their marriages will really be based on how well they choose to face life as they apply what they said at their weddings.

The same is true for each one of us as we go through this corona-covid-19-pandemic-epidemic. Do we really believe that there is Someone who is in control and look to Him, or do we look to our plans as though they are set in concrete?

This Summer of Love may not turn out as I have planned; and that’s OK. Either way, the LORD will be glorified in my life and I will juggle my life to be there for my couples and fellow vendors as together we create stories to tell the grandchildren when this is all over.