Using It the Way It Was Intended I'm writing this blog sitting at the cabin where there is no paper...

I needed some so I went to the drawer that we have stocked over the years with paper along with crayons, pens, markers, paint, pencils (plain and colored), coloring books, and other items necessary for rainy days and other moments of creativity...

The drawer is empty of plain paper because many people; young and old, have grabbed paper to use it the way it was intended. Many of their creations now hang on many refrigerators throughout the state of Minnesota. Several of them are covering the refrigerator at this very cabin.

In fact, when two of my grandchildren came up to spend the day with Cathy and me and their mom, one of the first things that they wanted me to see (after greeting me with; "Grandpa!") were the drawings that they had made during their last trip to the cabin. They were now prominently displayed on the cabin refrigerator for all to appreciate like the "Mona Lisa" or any other great piece of art in the Louvre in Paris, France.

"Yes, I saw it!” I told them as they were delighted with my response and my recognition of the subject matter of the drawings. From there, they showed me whatever else was on their minds and we set out for a great time at the cabin. 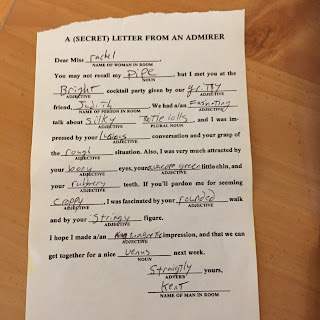 And now they are gone; back to their own home as I sit and write down my thoughts...or attempt to.

As I said, the drawer is void of any blank paper; that is except for a "Mad Libs" book which are blank on the backsides...which is not how the book was intended to be used.

The page was made with the intention of people filling in the blanks on the pages to create a funny story. One player secretly fills in answers in the blanks (when requested) that are either names, nouns, or adjectives and then, when completed, reads the story aloud to the audience.

The game is frequently played as a party game or as a pastime by those who like this sort of activity; why, I'm not really sure because I'm not a fan of Mad Libs...

But I digress...or actually, it reinforces my thoughts for this blog today.

The creators of Mad Libs had an intended purpose for the creation of the book; beyond just the making of money. They produced it so that people would come together and fill out the blanks to craft a story that would be read and (hopefully) make people laugh and have a good time. 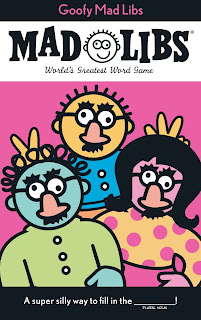 They created it and had a specific way that they wanted it to be used. That is why it comes with instructions; which can also be used as a rule book for times when people disagree on how to play the game.

It wasn't their intention that I tear the page out of the book, turn it over, and write on the back page which was completely blank. They didn't want me to write my own story. No, they wanted me to use the printed side and ONLY fill in the blank spots.

What have we done with that which The Creator of heaven and earth has created? We, too, change the rules and use all that we see differently than it was created for.

"For the wrath of God is revealed from heaven against all ungodliness and unrighteousness of men, who suppress the truth in unrighteousness, because what may be known of God is manifest in them, for God has shown it to them. For since the creation of the world His invisible attributes are clearly seen, being understood by the things that are made, even His eternal power and Godhead, so that they are without excuse, because, although they knew God, they did not glorify Him as God, nor were thankful, but became futile in their thoughts, and their foolish hearts were darkened. Professing to be wise, they became fools, and changed the glory of the incorruptible God into an image made like corruptible man—and birds and four-footed animals and creeping things. Therefore God also gave them up to uncleanness, in the lusts of their hearts, to dishonor their bodies among themselves, who exchanged the truth of God for the lie, and worshiped and served the creature rather than the Creator, who is blessed forever. Amen." (Romans 1:18-25) 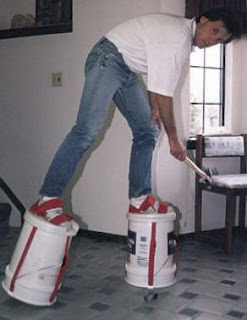 May God continue to have mercy on each one of us!

"Woe to those who call evil good, and good evil; Who put darkness for light, and light for darkness; Who put bitter for sweet, and sweet for bitter! Woe to those who are wise in their own eyes, And prudent in their own sight! Woe to men mighty at drinking wine, Woe to men valiant for mixing intoxicating drink, Who justify the wicked for a bribe, And take away justice from the righteous man! Therefore, as the fire devours the stubble, And the flame consumes the chaff, So their root will be as rottenness, And their blossom will ascend like dust; Because they have rejected the law of the Lord of hosts, And despised the word of the Holy One of Israel. Therefore the anger of the Lord is aroused against His people; He has stretched out His hand against them and stricken them, and the hills trembled. Their carcasses were as refuse in the midst of the streets. For all this His anger is not turned away, But His hand is stretched out still." (Isaiah 5:20-25)