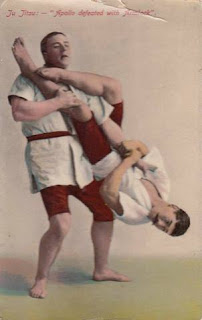 The story of the Good Samaritan is a well know story; even by those who don't claim to be Christians or to have ever read the Bible.

The story is beloved because of the way a hero arrives on the scene to step up to the plate and rescues the man who is in trouble. We want to give him a medal and put him on a pedestal for all to see.

We also love it because it challenges us in how we live. In other words, there is a point to the story. The background:

“One day an expert in religious law stood up to test Jesus by asking him this question: “Teacher, what should I do to inherit eternal life?” (Luke 10:25)

Basically they were trying to trip Jesus up. They really didn't care what He was teaching. They wanted Him to go away or at least to stop others from following Him.

"Jesus replied, “What does the law of Moses say? How do you read it?” The man answered, “‘You must love the Lord your God with all your heart, all your soul, all your strength, and all your mind.’ And, ‘Love your neighbor as yourself.’” “Right!” Jesus told him. “Do this and you will live!” (Luke 10:26-27)

Did you catch what happened? Jesus, instead of taking the bait to be tripped up, turns the table by asking the man; "What does the Law say?"

The man answers Jesus correctly; which neutralizes things for a bit, until the man realizes that he has been put under the microscope. Jesus said that if this is the correct thing to do, then the man is supposed to walk it out.

And it is uncomfortable. And he wants relief. So he tosses the ball back to Jesus.

Did you catch that? The man wanted to justify himself. 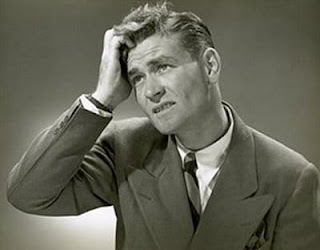 The man didn't want to change.

The man didn’t want Jesus to put the focus on him.

The man didn’t want the questions to be about him.

The man was OK with loving God; it was his fellow man that he had some issues with.

This man jujitsued the conversation and tried to justify not loving everyone by asking; "Oh yeah...who's my neighbor?" The implication is that there is no way that we have to love EVERYONE in the whole world.

He really wanted to justify NOT changing; after all, God couldn't be expecting him to love EVERYONE!

The Greek word for 'justify' is dikaioō (pronounced: dik-ah-yo'-o). It means: to render (that is, show or regard as) just or innocent: - free, justify (-ier), be righteous.

So Jesus answers the heart issues behind the man's stance and tells the Story of the Good Samaritan (see below).

You may be pondering why I am re-telling this story. Or why I am writing in a way that is different than how I normally write: Usually, I start off by writing about an event that took place and then transition into a spiritual application. Often I will include a scripture to support my observations.

Today, you see, my heart is torn...No, not physically, but broken, mangled, ripped, fractured, rent, etc.

I went to Walgreens to pick up some items. While standing in line, I noticed a strange, repugnant, vile, disgusting odor that was in the air.

I looked around and noticed an old man who was coming up the line behind me. He was bent over, disheveled, and holding a large bag of of BBQ flavored chips.

As the cashier was ringing me up, not only did he come closer, but his repulsive smells did as well.

For those who know me well, "smell" is one of the five senses that is very strong for me. 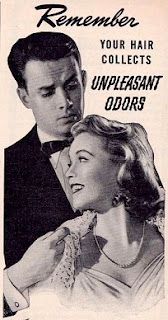 On a side note: I think that I have sent many of the kids of air freshener salesmen through college with all of the products that I have purchased over the years!

As the cashier was handing me my receipt, the man was now two feet away. I had to hold my breath in order to not puke. This is no exaggeration or attempt to be funny. It really was that bad.

I noticed that on the side of his neck was some sort of cancerous tumor that was grotesque beyond anything I had seen before.

I grabbed my items, stepped outside, and exhaled before I took a long, deep breath of fresh air in.

I got in my car and left Walgreens to continue with my errands; but my heart remained behind as I thought about this man and the story of the Good Samaritan.

I knew that I was called to do something; or was I?

And if so, then what?

My thoughts filled my mind as I arrived and subsequently walked through Menards as I continued with my trip.

Hundreds of ideas raced through my mind including buying him some food, or was I called to take him somewhere to eat or take him to a local shelter.... 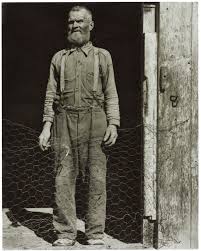 I couldn't wrap my head around having him sit in our car. After all, I had just fumigated the "old-man" smells out of our vehicles...

Still, his posture was in my head as it crept towards my heart eighteen inches away. I say posture because I didn't get a look at his face.

I wanted to justify that (perhaps) he was in this condition because of poor choices and decisions. This could be consequences...I felt a part of my body that was injured in the past hurt....wait, why are we talking about my consequences?

I left Menards without purchasing anything and decided to drive back to Walgreens. Perhaps I would see him still there. I wasn't hesitant to buy him food or give him money; clearly he needed both.

But what did he NEED? For that answer, I would need to go back and ask him. Face to face.

I looked in my minds-eye and couldn't see his face; I realized that I hadn't looked him in the eyes. I made my way back to Walgreens to search for him.

Even if I could jujitsu my way out of this pondering, I couldn't shake this man who had come across my path.

Yes, this man could be in his condition due to poor choices, but still, he was and is my neighbor.

He was not only a fellow human traveling through this world as life hurls at us; sometimes for good and sometimes with challenges...

Jesus said when "you refuse to help the least of these My brothers and sisters, you were refusing to help Me." (Matthew 25:45)

The thought had arrived the eighteen inches from my head to my heart around the same time that I arrived back at Walgreens.

I drove around the lot and block looking for him. He was nowhere to be found. I had missed my opportunity by my justification jujitsu.

THE STORY OF THE GOOD SAMARITAN

"Jesus replied with a story: “A Jewish man was traveling from Jerusalem down to Jericho, and he was attacked by bandits. They stripped him of his clothes, beat him up, and left him half dead beside the road. “By chance a priest came along. But when he saw the man lying there, he crossed to the other side of the road and passed him by. A Temple assistant walked over and looked at him lying there, but he also passed by on the other side. “Then a despised Samaritan came along, and when he saw the man, he felt compassion for him. Going over to him, the Samaritan soothed his wounds with olive oil and wine and bandaged them. Then he put the man on his own donkey and took him to an inn, where he took care of him. The next day he handed the innkeeper two silver coins, telling him, ‘Take care of this man. If his bill runs higher than this, I’ll pay you the next time I’m here.’ “Now which of these three would you say was a neighbor to the man who was attacked by bandits?” Jesus asked. The man replied, “The one who showed him mercy.” Then Jesus said, “Yes, now go and do the same.”” (Luke 10:30-37)