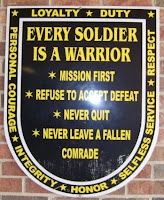 I feel the need to state upfront that I am not really a “paramilitary” person, nor have I ever been a part of the armed forces; I wasn’t even a boy scout. I grew up in a generation that for the most part looked down upon anyone who had anything to do with the military; mostly due to the mishandling of the Vietnam War. During the mid-seventies, my short-term fix (should I have been drafted) would have been to go to Canada and make sure that I was being taken care of, after all, I was free to do what I wanted.

I admit that this mentality was wrong and that I was self-focused and self-serving. Freedom isn’t free; on the contrary is has been paid for sacrificially by men and women; dare I say boys and girls, who chose to lay down their time and some their lives. Everyone who has ever served in the military paid for my freedom to reject any participation in the military service. To each of you reading this who have been or are currently in the military (in one branch or another), I say a long overdue; “Thank you” for paying for my freedoms I receive as an citizen of the United States of America. 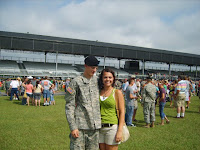 My mind has been thinking about the military today partially because this week I attended the graduation ceremonies for my oldest son Jonathan, who (at age 28 ½) graduated from basic training at Fort Jackson, South Carolina. I am now the father of a soldier. Jonathan will continue to pursue his training as an officer and serve as a soldier in the National Guard. I am very proud of my son Jonathan for following a dream that he has since he was ten years old; to be a soldier.

While at the Fort I saw a plaque that caught my attention. It said; “EVERY SOLIDER IS A WARRIOR”.

Surrounding the plaque were seven values:
Powerful words that caused me to ponder; “What if Christians followed each of these statements throughout their daily lives; would it make a difference?”

What if Christians followed each of these statements on the aforementioned plaque throughout their daily lives; what difference would it make? Read the values and make the translation into how we as Christians should live; I think that you can see the application. These are values that WE as Christians should be living as an example of what it means to be a Christian; a “follower of Christ”.

Jesus, the ultimate Mighty Warrior said; “And whoever does not bear his cross and come after Me cannot be My disciple” (Luke 14:29)

The Apostle Paul wrote: “You therefore must endure hardship as a good soldier of Jesus Christ. 4 No one engaged in warfare entangles himself with the affairs of this life, that he may please him who enlisted him as a soldier. 5 And also if anyone competes in athletics, he is not crowned unless he competes according to the rules.” (2 Timothy 2:3-5)

How about you; Are you simply tired of fighting battles in your life with seemingly no results? Do you wish that you were a part of a larger “army” of people who would be willing to come along side of you and fight for you and watch your back?

The Bible says that when we surrendered our lives to His Lordship, we become a member of the family of God; the Body of Christ. Have you ever surrendered your life under the Lordship of Jesus Christ? Listen my friend; you can be a part of this great “army” today by simply: 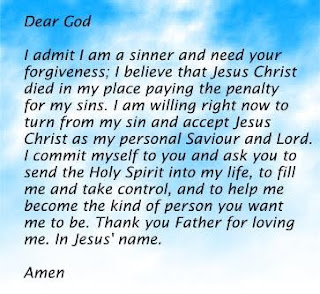 Or drop me an email.

Mighty Warrior Lyrics and Music by Debbye Graafsma
Mighty Warrior, dressed for battle
Holy Lord of all is He
Commander in chief, bring us to attention
Lead us into battle to crush the enemy

No authority here
Posted by Tommy O at 9:11 PM