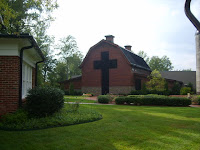 Last week, Cathy and I were able to spend some time at the Billy Graham Library in Charlotte, North Carolina.
The Library features multimedia displays and re-creations of historic moments in Billy Graham's life and ministry from the 1940s to the present (more than sixty years!). The exhibits show how God prepared and used Billy Graham to take the message of everlasting life through faith in the Lord Jesus Christ to the world.

I was excited to see this library partially because the Billy Graham Evangelistic Association (BGEA) has always had a connection with the area of Minnesota where I live. I had also had some personal connections over the years with BGEA: “Decision Magazine” was one of the first Christian publications that I read as a young Christian. I have attended BGEA School of Evangelism. In 1996 I was one of the Supervisors and Captains for the BGEA Crusade.  I always enjoy listening to Billy preach along with Cliff Barrows and George Beverly Shea.
I was moved as we walked from vignette to vignette showing the life of Billy and Ruth Graham; as well as others connected with his ministry. I was moved as I watched how one person’s life could have such an impact on so many people throughout the world; from kings and presidents to paupers and poets.

I was moved as I listened to his humility and incredible focus to remain consistent in his delivery of the Gospel of Jesus Christ. What a great man! Billy Graham was a man who knew that he was created for good works.
Because he knew that he was created for good works, Billy Graham was a man, a minister, who kept his nose clean and was known and loved by Christians and non-Christians around the world. It was his conduct (by God’s grace) that was a hallmark of his ministry. Even my neighbors (who don’t go to church) have told me that this was the hallmark they saw in the life of Billy Graham.
The Apostle Peter said that we should live Godly lives among those around us; at all times. “having your conduct honorable among the Gentiles, that when they speak against you as evildoers, they may, by your good works which they observe, glorify God in the day of visitation.”(1Peter 2:12).

I became convicted that I, too, was created for good works, and I had wasted some of those years being content with what I HAD done, instead of going for more of God.

I was moved to tears as I compared my life with Billy Graham’s. I want to state for the record that Billy Graham is a man who has been saved by God’s grace alone; And Billy too would agree that it is Jesus Christ who is the standard for our lives; not Billy Graham.

After I went through the library, I went to the prayer room to re-dedicate my life to be used however God chose to use me. Amazingly, only a few hours and a flight delay later; I was sitting next to a woman on an airplane who had recently returned to following the Lord. We had a wonderful 2 ½ hour flight as I heard her heart as she was discovering the Father’s love all over again. When I returned home, I had several preaching invites and ministry opportunities; I believe that God was confirming to me once again that I was created in Christ Jesus for good works.

Do you know that you were created for good works?

The Apostle Paul wrote in one of his letters to the early church; “For we are His workmanship, created in Christ Jesus for good works, which God prepared beforehand that we should walk in them.” (Ephesians 2:10) 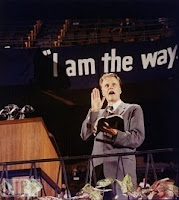 The first step is committing your life to God through Jesus Christ; you can do that right now.

Simply put; “if you confess with your mouth the Lord Jesus and believe in your heart that God has raised Him from the dead, you will be saved. 10 For with the heart one believes unto righteousness, and with the mouth confession is made unto salvation. 11 For the Scripture says, “Whoever believes on Him will not be put to shame.” 12 For there is no distinction between Jew and Greek, for the same Lord over all is rich to all who call upon Him. 13 For “whoever calls on the name of the LORD shall be saved.” (Romans 10:9-13)

If you’ve already done that, my suggestion (not a formula) would be to get alone and ask God to use you once again as you surrender for His purposes for your life.

Get ready; God has prepared some good works for you to walk in. 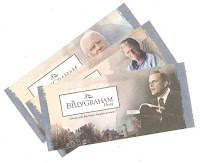 If you get the chance to go to Charlotte, be sure to add this to your places to visit. It is located just a stone’s throw from BGEA offices.


For info on BGEA Library: http://www.billygraham.org/specialsections/library/BGLibrary_Index.asp 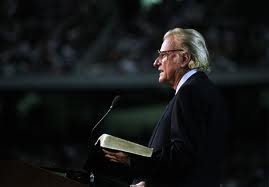