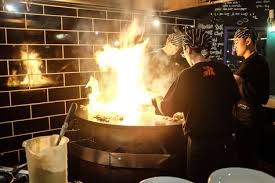 It was 1980 something and I was about to expand my culinary taste repertoire. I was invited, along with Cathy, to join some friends at a “Khan's Mongolian BBQ” restaurant.

After you are seated, you are escorted to a buffet line and handed a plate or bowl on which to place your choice of raw meats, fresh veggies, and Mongolian noodles.

You can also determine the type and amount of savory sauces, seasoning, and oil you want in the dish. From spicy chili sauces to the house special ‘Mongol Sauce’, there are endless possibilities and flavor combinations for you to choose from.

After you make your selection, you take it to the iron grill where they turn those ingredients into a true culinary adventure.

You can go back over and over again and try something new each and every visit!

As I said, I had never eaten at Khan’s or anything like it before, so when I went through the line, I filled my plate with what I thought was a large portion of food. 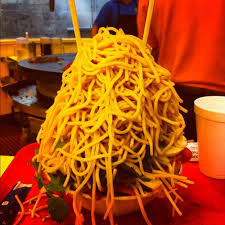 My hosts looked at what I had chosen and told me to go back and pile it up higher on my plate. I had seen their plates which were filled almost to the ceiling, but had written off the amount they chose because they both were somewhat larger than Cathy and I. OK, they both were fat!

I told them that this was enough food for me and they replied that I needed to at least double what I had chosen. They told me that once you fill your plate up, and the fire comes, you don’t get to go through the line again.

I reluctantly went back and added another heaping spoonful of something.

They looked and me and once again told me to go back, explaining that once the food was placed on the griddle, the items would shrink as they were consumed by the heat.

Many of the food items, when the fire hits them, would be reduced to almost nothing because they were mostly water.

Other items that were harder, such as peanuts or meat on bones, would make it through the cooking process and remain true to their size and portion and would come out richer and taste better.

I told them that this was enough food for me and they gave each other a look that I would soon come to understand.

I handed my plate to the chef and stood back to watch him do his craft on the large griddle surrounded by fire. And, a very short time later, I was handed my plate of what would turn out to be a feast fit for a king. 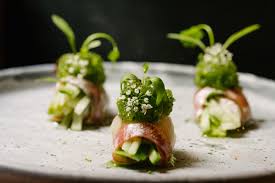 The amount on my plate looked as though it was an in-flight meal on an airplane. Or else that it came from some snooty restaurants where the bill that they give you is much larger than the portion that you are served.

Once again, my hosts (lovingly) gave me the “we tried to tell you…” look as I regretted not listening to their advice.

It’s amazing how I had thought that the amount that I had was so much UNTIL it was placed in the fire. Then, it was revealed that I didn’t have as much as I thought I had.

The Apostle Paul writes in his letter to the young church in Corinth that there is a day coming when everything we have done while we were alive on planet Earth will go through a fire to see what we have really done.

He writes that some of our work, piled high as it may be in our metaphorical plate or bowl (or wheelbarrow), is simply wood, hay, and straw and will be burned up. These were the things we did as filler items in our lives and consumed our days and nights.

Other things that we have done he compares to gold, silver, and precious stones. He writes that they would make it through the process and remain true to their size and portion. In fact, they would come out purer and clearer and more valuable.

I think of that scripture often. I realize that, yes, Jesus’s sacrifice for us who receive it will bring no condemnation during this process. After the fire hits, all that we did will be met with; “Well done good and faithful servant.” 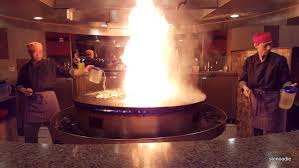 But, like when I looked at my friend’s plates, I don’t want to wish that I had loaded up my plate with things that would bring Him honor and glory. I don’t want to be the one about whom other’s say; “Man was that ever a big fire!”

I want my life to reflect His goodness to me. I want my final “dish” to look as though Jesus had made a difference in my life; beyond salvation. I want it to be piled high with gold, silver, and precious stones; all of which reflect back His image.

After all, once you fill your plate up, and the fire comes, you don’t get to go through the line again.

1 Corinthians 3:9-15
9 For we are God’s fellow workers; you are God’s field, you are God’s building. 10 According to the grace of God which was given to me, as a wise master builder I have laid the foundation, and another builds on it. But let each one take heed how he builds on it. 11 For no other foundation can anyone lay than that which is laid, which is Jesus Christ. 12 Now if anyone builds on this foundation with gold, silver, precious stones, wood, hay, straw, 13 each one’s work will become clear; for the Day will declare it, because it will be revealed by fire; and the fire will test each one’s work, of what sort it is. 14 If anyone’s work which he has built on it endures, he will receive a reward. 15 If anyone’s work is burned, he will suffer loss; but he himself will be saved, yet so as through fire.

All Scripture taken from the New King James Version®. Copyright © 1982 by Thomas Nelson. Used by permission. All rights reserved.