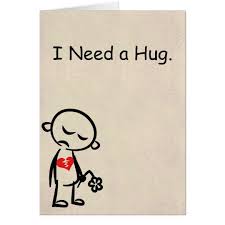 This past week the Center for Disease Control and Prevention (CDC) strongly recommended that people stay at least six feet away from each other in public because of the Coronavirus COVID-19. Because there is little to no pre-existing immunity against the new virus, it spreads worldwide.

Their basic instruction was to stay home, avoid physical contact, and don’t gather in large crowds. Introverts have been preparing for this moment their entire lives!

In other words; DON’T HUG IN PUBLIC; ESPECIALLY WITH STRANGERS!

All across the USA pandemonium broke out. Churches canceled services and closed their doors. Schools canceled classes. Businesses encouraged those who could to work from home.

The NCAA basketball men and women’s tournaments were canceled. The NBA and NHL suspended their seasons. MLB suspended spring training and delayed opening games by at least two weeks. The PGA postponed the Masters.


Wedding venues have been reduced to fifty guests in attendance. Even restaurants, banks, and stores have temporarily closed their doors.

Worst of all, my hockey games were canceled; along with a hockey tournament that I was invited to play in Nashville in April. It’s the end of the world as we know it!

I’m not sure if the IRS still wants our taxes or not but President Donald Trump has instructed the Treasury Department and IRS to extend the April 15, 2020 deadline for filing federal income tax returns for those affected by Coronavirus.

Although we don’t use hand sanitizer, the first two seem (somewhat) logical. The extreme amount of toilet paper that individuals purchased makes no sense at all. Don’t they realize that they can purchase online if this really is the zombie-apocalypse???

Cathy and I were happy that we had extra napkins in our vehicles, thus saving us an unnecessary trip to the madness.

This past week I also spoke at a chapel service at the Rochester Campus of Minnesota Adult and Teen Challenge (MnTC) -a Christian based rehab and recovery center.

I love not only preaching, but also hearing the stories of the lives of the men and women who have gone through or are currently in the program.

Another reason I like to visit the various campuses of MnTC is because they like to give hugs.

I didn’t always like hugs. In the days of my youth I had learned to distance myself from people by only shaking hands. This was my not so subtle attempt to not get hurt in life. If you don’t get too close then no one can hurt you; right?

My exception was with girls; but that always had an ulterior motive. A hug is supposed to be a way of giving and receiving human contact in this otherwise detached and sequestered world.

When I was young, to my best recollection, my family weren’t huggers. Perhaps that is where I learned to practice my physical stoicism.

I should note that my family are huggers now. One of the joys that I have is the gift of touch that my parents give me whenever we meet. We hug each other when we arrive and when we leave. 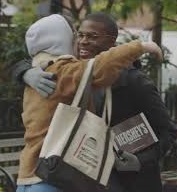 My wife Cathy’s family are all huggers. Yes, ALL of them. It didn’t matter whether I was coming or going; they wanted to hug me.

When I first started dating Cathy, this threw me off. They, somehow, thought it was OK to hug me rather than the traditional handshake as they tried to break through my force-shield.

In time, I had built my reputation as one who was OK with just a handshake. And then, I let my guard down and started letting people get closer to me.

The process started when a friend of mine who was my pastor challenged me to start letting others in. He commented that he thought that I was one of the most transparent people he knew. He observed how I was willing to share my life openly.

But, in time, he discovered that what others saw as openness was actually a glass fortress around my life that only a few people had a key to get into. He asked me for a key.  I think it threw him off a bit when (a few years later) I came up to him and gave him a hug.

The process continued when one of my employees at MnTC told me that he was doing an intervention. He said that he was starting a “twelve-step” hug program for me.

He explained that he had told the clients and my staff that I had to give and receive least one hug a day as I progressively continued until I was receiving at least twelve hugs a day; then I could graduate from his program.

He implemented the program right after I had shoulder surgery; making it difficult to run away.

Four years later when I resigned from my position, I was “forced” to stand at a narrow doorway (five feet wide) as approximately sixty clients and a dozen staff one-by-one gave me a hug. Cathy stood by watching me seeing the success of the “twelve-step” hug program. 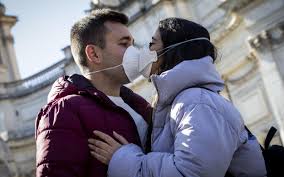 Fast forward to this week. When the CDC said “no hugs” and “stay six-feet away”, my heart sank. I had finally gotten used to the idea of giving and receiving hugs and now someone (in an attempt to save my life) tells me that this is not acceptable?

HEY, I NEED A HUG! I’ve lived way too many years of my life surviving on a handshake or a head nod as a form of human contact.

My attempt to stay safe and unhurt sent the wrong message to those who attempted to show affection to me. I came to understand that people didn’t understand that I was just trying to get through life unscathed. They took it as a form of rejection of them.

After going through the “twelve-step” hug program, my life is richer and people appreciate my receptivity to their attempt to show affection to me.

Jesus said that in the last days the love of many will grow cold (Matthew 24). And although I have no desire to spread COVID-19, I would rather continue to give and receive hugs and get COVID-19 (by hugging) …

…than go through life as I once lived; a hug-less, stoic and isolated person in this world in which we were made to give and receive love.

If you or someone you know is struggling with an addiction, MnTC is here to help. Freedom from addiction starts here. Call 612-FREEDOM today. 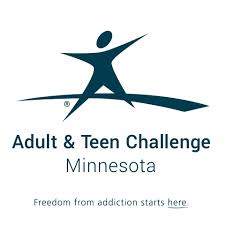 For over 30 years MnTC has been restoring hope to people struggling with drug, alcohol, and other life-controlling addictions by addressing their physical, emotional, and spiritual needs.

The mission of MnTC is to assist teens and adults in gaining freedom from chemical addictions and other life controlling problems by addressing their physical, emotional and spiritual needs.

They offer effective and affordable programs throughout Minnesota with campuses in Minneapolis, Brainerd, Duluth, Rochester and Buffalo. MnTC offers both a long-term, faith-based recovery program and short-term licensed treatment program, allowing us to effectively serve individuals with a broad spectrum of addiction issues; from those seeking treatment for the first time, to those who have been struggling with addiction for many years.