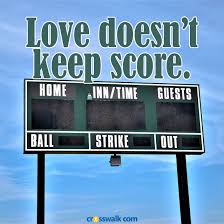 It was Monday morning. And it felt like a “Monday Morning”; the kind that Garfield the cat hated. It was the kind that people dreaded going to work on after a long weekend.

To say that the weekend had been eventful was the understatement of the decade.

Never had my life gone from such success to the exact opposite in such a short amount of time. The drama that took place on Saturday alone had sent terror deep into my soul.

You might be thinking; “Why the overdramatization? Things couldn’t have been that bad!”

He was a therapist whose clients in the treatment center where we both worked were under my watch. And I was in charge of over sixty men and twelve staff; and yet felt so far from being a leader as I tried to wrap my head around the events of the weekend…

The men had been out on a biannual pass with their families and almost twelve of them never made it back because of bad choices; or at least not when they were supposed to be back. Some of them came back on time but had broken the rules and were clearly under the influence.

Several of them were missing. Several others had decided not to come back. A few literally died.

My facility had been rated (by clients and staff) as one of the best in the whole state for satisfaction and retention. Guys liked living there and staff liked working for me.

We were a team who had high success. We were the facility in which clients went out on passes and came back; sober and ready to keep working on their lives.

That is until this past weekend; when everything seemed to hit the fan. On Saturday, I had been at a dinner party, during which I received a total (of no less than) twenty-five phone calls from staff reporting on the drama that was unfolding.

Each and every time the phone rang, there was more bad news of another client who had made bad choices and now had either not come back or had come back under the influence and this continued throughout the rest of the sleepless weekend.

And now it was Monday and it was time to face the music. And I was at work…and I wanted to be alone…and he walked into my office and stood there in the doorway and stared at me and said; “Don’t keep score!”

Realizing that I wasn’t paying attention to his words, he took a few steps closer to my desk and said it again with a stronger tone; “Don’t keep score!”

I continued my work as I gave him a gratuitous nod of my head hoping that he would move on so that I could prepare my reports.

Motivated by my lack of attention he got within a few feet of my person and raised his voice and said; “What about all of those people who came back? I mean it; DON’T KEEP SCORE!”

I looked at him and said that this was different; people left and either came back under the influence or never came back and some had died under my watch.

This was the kind of event that set the clients and staff on edge as they each wondered and started to ask what THEY could have done to have prevented this.

I was looking for answers as I tried to protect my great staff who themselves had fallen on their metaphorical swords and were second guessing their decisions.

Determined to make his point, he continued as he was inches from my face; “You never took credit for their success. You always deflected the compliments and results of the surveys that made your leadership look good; the best in the state.”

“You always shared the reasons for the success of your facility as your team working together and never kept score. Why are you now taking the blame for choices that others made?”

“Don’t take the blame for their bad choices. You have a great team who did their best and still people made wrong choices” he said as he was now inches from my face.

“Shall we indeed accept good from God, and shall we not accept adversity?” In all this Job did not sin with his lips.” (Job 2:10b)

With that, he left my office and I knew he was right. He loved the Lord and his words were the reality check that I needed to help get my bearings back in order to lead the team in making sense of the metaphorical atomic bomb that had been dropped into our lives.

A few minutes later my boss called me to see how I was doing. He too had been a part of the long weekend as some decisions needed to be bounced off of him. I shared the words that the therapist had given to me.

He said that he’s correct, adding that it wasn’t my job to take the blame.

I needed to file reports to give account and make more phone calls to those in the legal community to explain what had happened. That was part of my job. But it wasn’t my job to take the blame.

My job was to rally both the clients and staff to take a breath, look upward, and keep going forward. This would not be the end of the story. God was the One who got to say how it went from here because He was the reason that I had great success.

I called a meeting and spoke life into the clients and staff and took time to take questions in an attempt to stop the mental erosion that others were experiencing as they continued to blame themselves.

“Don’t keep score” I told them as I exhorted them to look upward as we took the next steps to go forward.

Eventually, this event would leave a dent in my armor that proved to be too much and I and a few of my staff made a shift and resigned from our positions. But, the words of that therapist became a battle cry that has been in my heart as new situations have come across my life.

No matter what the situation is, I need to give God the glory and the praise due His Name.

No matter what the situation is, I need to look to the Lord as the One alone who can make sense to the matters that weigh down my heart.

No matter what the situation is, I need to trust the Lord to repair the damage from the metaphorical atomic bomb that has been dropped into my life.

No matter what the situation is, I learned to not keep score.

"and we know all things work together for good to those who love God, to those who are the called according to His purpose.” (Romans 8:28)