“What’s With The Two Cents?”

Cathy called out to me from the utility room. 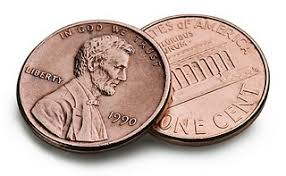 I was in the adjacent family room and hadn’t heard what she said so I asked her to repeat the question.

Cathy repeated her question; “What’s with the two cents?”

I came into the utility room and realized she was asking about the coins on top of the dryer.

She continued in her investigation; “It seems as though every load of laundry has coins in it; do you pick up pennies?”

I told her that it is just one of my (many) quirks. “Whenever I see coins on the ground, I pick them up”; I told her and added, “It’s not because I am hoping to get one hundred and have a dollar.”

I put my hand in the pockets of the jeans that I was wearing and found two cents. My mind started to wander…

The phrase "My two cents" and its longer version "put my two cents in" is oftentimes used to preface a tentative statement of one’s opinion. To offer my two cents is to offer up my opinion; sometimes before it is ever asked. 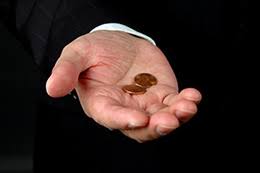 Another phrase; “a penny for your thoughts” is used when the other person is asking for what I am thinking and perhaps is asking for my opinion.

Giving my two cents may not seem like a lot and yet it can leave an impact; especially when our opinion has been really thought through.

I’ve been pondering this phrase because, although often my opinion is asked from others, it really may be MY opinion; not necessarily godly wisdom.

I’ve been pondering this phrase because although I have a history of having an opinion about everything, I am working on NOT giving it out just because I have an opinion.

And this includes times when others will ask me; “What do you think about…?” 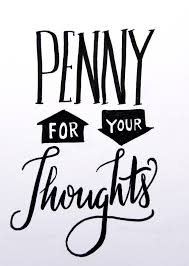 I’m working on SayING the Good; NOT giving out my two cents but only words that will help and impart grace to the hearers.

Do you, too, struggle sometimes with giving your two cents? Here is what I am working on, perhaps it will help you.

Speak to Build Others Up
Let no corrupt word proceed out of your mouth, but what is good for necessary edification, that it may impart grace to the hearers. (Ephesians 4:29)

Speak Without Complaining/Arguing
Do all things without complaining and disputing (Philippians 2:14)

Don’t Speak Too Much
And a fool’s voice is known by his many words (Ecclesiastes 5:3b)

Fools base their thoughts on foolish assumptions, so their conclusions will be wicked madness; they chatter on and on. (Ecclesiastes 10:13-14a)

Too much talk leads to sin. Be sensible and keep your mouth shut. (Proverbs 10:19)

Speak Without Gossiping
A gossip goes around telling secrets, but those who are trustworthy can keep a confidence. (Proverbs 11:13)

A troublemaker plants seeds of strife; gossip separates the best of friends. (Proverbs 16:28)

Speak Without Criticizing Others
Don’t speak evil against each other, dear brothers and sisters. If you criticize and judge each other, then you are criticizing and judging God’s law. But your job is to obey the law, not to judge whether it applies to you. (James 4:11)

Speak At the Highest Level of Your Faith
And since we have the same spirit of faith, according to what is written, “I believed and therefore I spoke,” we also believe and therefore speak (2 Corinthians 4:13)

Sounds simple; right? Well it’s not and it will take some time to make the change. Remember it took you this long to get to this place in your life and it may take time to get to a new way of speaking…

But if you continue to work at it, you will get there.

So have grace with yourself as you start this new journey of only saying the good. You and those around you will be changed for the better.

“Keep your stick on the ice; I’m pulling for you!” -Red Green 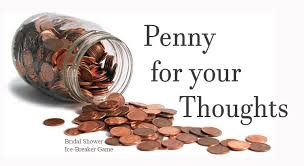