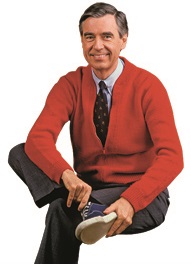 It was a long day filled with drama, intrigue, and mystery and I couldn’t wait to get home to do my best impersonation of Mister Rogers and change my clothes. I’m not sure why, but it helps me transition from where I was to what’s next on my agenda.

It felt as though all I did all day was make decisions at the speed of an air traffic controller, as all around me situations arose that needed my attention.

All day it felt as though decisions were made based on limited information that I was given. And, in time, when things came to the light, I realized that a more thorough investigation might have helped me make better decisions.

In one incident, something was “planted” to punk a staff member. And, judgment came way too soon until the whole thing was revealed to be a joke gone wrong. Fortunately those who were indicted were in on the joke and we all had a good laugh.

And now I was home and I made my way upstairs to my bedroom to change my clothes.

As I started to undress, a pair of black women’s panties fell to the floor and I thought of several things. First of all, the panties, being black, had probably clung to the t-shirt and weren’t noticed because the t-shirt was also black and had been covered up by a dress shirt.

Secondly, I was glad that I didn’t have anyone else see the panties.

Thirdly, I was grateful that the panties hadn’t fallen to the floor while I was at work. No, not because of any embarrassment on my part. Being that I am almost six decades old, I could use the “I’m an old man!” card and people would leave me alone.

No, I was grateful that the panties hadn’t fallen to the floor while I was at work because of what would probably had happened next.

During the day (M-F), I pastor by managing a program for men who are dealing with addictions and it is not unusual for some of the clients to fabricate the truth. 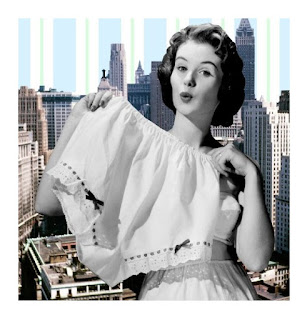 And today had been one of those days when I had been chasing the wind trying to get the truth in a (potentially) volatile situation.

One of those days when (sometimes) I resorted to being driven rather than being led and where I reacted rather than responding.

One of those days where I wondered whether or not the truth would ever come out as I tried to sift through distortion of the truth and we tried to unravel a web of stories as we sought the truth.

And, as the dust settles and the truth comes out, there are usually messes to clean up and apologies to be given for misreading the situation and not showing an attitude of grace. Or for not taking the time to pause awhile as we waited upon God for what we should do.

As I bent over and picked up the black panties, I thought about how on this day if they had been found by a staff, there was the potential of one of the men being accused of possessing something impropriate for them to have. 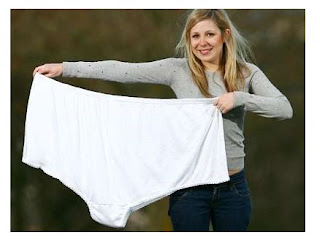 Accusations could have arisen trying to find the guilty person who would be so “sick” as to have a pair of women’s panties in their possession. Based on how we were dealing with things, we probably would have brought in someone from the Spanish Inquisition to assist us.

As I placed the panties in the clothes basket, I uttered a prayer of gratefulness that they hadn’t fallen out of my shirt. And for how aware I was for His grace that stopped an investigation.

Yes, we are called to hold people accountable; but to do it in ways that honor and care for each other. In ways in which we know we have not jumped to conclusions without ever really investigating.

We are called to be like the One who has shown mercy upon us:
“The Lord is merciful and compassionate, slow to get angry and filled with unfailing love. The Lord is good to everyone. He showers compassion on all his creation.” (Psalm 145:8-9)

“Get rid of all bitterness, rage, anger, harsh words, and slander, as well as all types of evil behavior. Instead, be kind to each other, tenderhearted, forgiving one another, just as God through Christ has forgiven you.” (Ephesians 4:31-32)

“Understand this, my dear brothers and sisters: You must all be quick to listen, slow to speak, and slow to get angry.” (James 1:19)