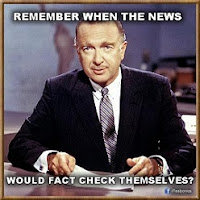 So, what is truth? Well, that all depends on who you ask. Often times we base our answers and beliefs on what we have been told by others, and we were also taught not to question their answers. Depending on our school of thought, we accept so many theories as fact, never considering that there may be another point of view.


Problem is, what if they are wrong? Why do we believe things without any real substantiated proof, and yet when there is documented proof, we blow it off?


So many theories have become fact like “you need to get a flu shot.” So we line up to get the shot, never questioning; “Hey, what if they are wrong?” or “What is in this shot they are giving me?” Really, most of the people that I know who have gotten the flu were the people who got the flu shot; the ones who didn’t seemed to be pretty healthy. 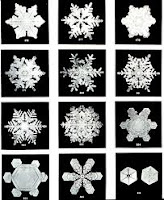 We were taught from an early age that “No two snowflakes are alike” because temperature, time, humidity, and gravity all can radically alter the shape of a snowflake, making it virtually impossible for any two snowflakes to be alike. And we accept this as fact; and yet how could you really prove it with all of the snow all over the planet? Maybe we will leave that one alone.


We ask question such as “how old is the Earth?” Well, that all depends on who you ask. In the 19th century, people thought it might 70 million years old. During the 20th century, it was thought that the age of the Earth was as much as 1 billion years old. People will quote “carbon dating” as evidence of the age of things on the earth. And yet, the only recorded age of the earth has it at around 6,000 years. 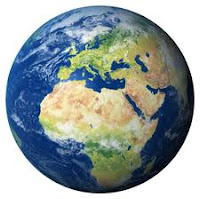 Carbon dating is somewhat accurate only to a certain extent. Unfortunately the ratio has yet to reach a state of equilibrium in our atmosphere because there is more carbon in the air today than there was thousands of years ago. Furthermore, the ratio is known to fluctuate significantly over relatively short periods of time. And yet carbon dating measurements are accepted as facts.


I agree that there seems to be evidence that something is going on with our environment and we are called by God to take care of our planet. There IS a cause and effect to what we do on earth. I am a huge proponent of “Green Building” and have taken classes and training in the past in “USGBC LEED for Homes” to promote the transformation of the building industry toward more sustainable practices. But, “Global Warming is accepted as fact, even though Al Gore's global warming philosophy has been debunked by many scientists and studies.


I’ve heard of so many philosophical beliefs that are stated as though there was evidence to support the beliefs, and yet they are simply based upon what someone else said.

So why do we believe that without any real substantiated proof and yet when there is documented proof, we blow it off? What do I mean? The Bible is filled with stories of people who walked the earth and we assume because it is the Bible, it can’t be true.


We have historical evidence that Jesus was physically raised from the dead. No other founder of any religion ever did this. The resurrected Jesus was seen by over five hundred people.

The Apostle Paul was a historical person who walked the earth and wrote this when he was on the earth;
"Moreover, brethren, I declare to you the gospel which I preached to you, which also you received and in which you stand, by which also you are saved, if you hold fast that word which I preached to you—unless you believed in vain. For I delivered to you first of all that which I also received: that Christ died for our sins according to the Scriptures, and that He was buried, and that He rose again the third day according to the Scriptures, and that He was seen by Cephas, then by the twelve. After that He was seen by over five hundred brethren at once, of whom the greater part remain to the present, but some have fallen asleep. After that He was seen by James, then by all the apostles. Then last of all He was seen by me also, as by one born out of due time. (1 Corinthians 15:1-8)


Luke, writer of one of the four Gospels in the Bible, was a historical person who walked the earth and wrote this when he was on the earth “He also presented Himself alive after His suffering by many infallible proofs, being seen by them during forty days and speaking of the things pertaining to the kingdom of God.” (Acts 1:3)

Truth, in this modern age, seems to be a moving target. So, what is truth? Well that all depends on who you ask. And if you ask the wrong person, you could be sadly misled down the wrong path. And then it is too late.


Are you ready to get some truth? Have you tried with no success? Are you tired of trying to do it your way? Call 1-888-NEED –HIM; someone is waiting to talk with you.

Labels: Bible, eternity, resurrection, truth, what was the question, why